Anything Is Possible: My Meeting With the Dalai Lama 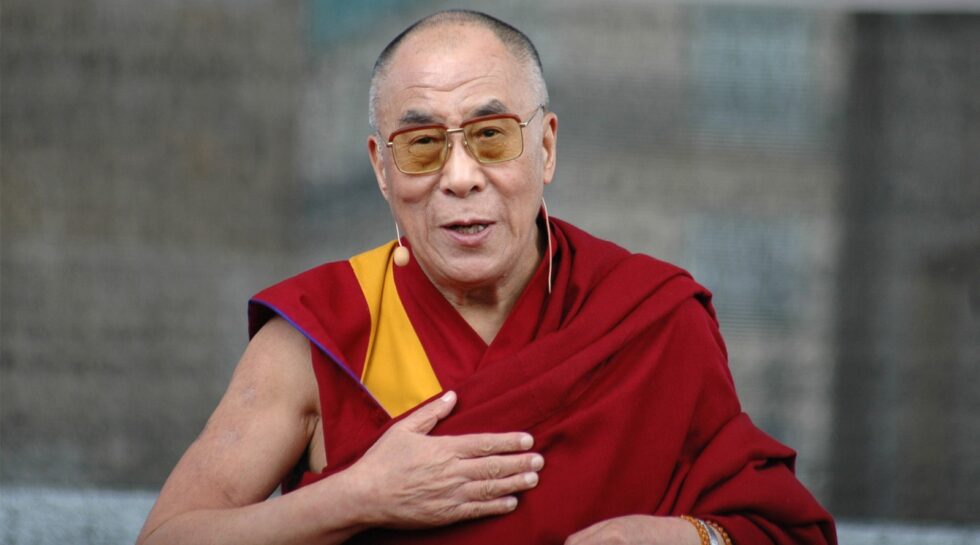 We live in a society that is largely driven by fear and the need for security; living within the confines of what is perceived as ‘real’ whilst paying lip service to finding meaning and fulfilment in one’s life. In Australia it manifests as the tall poppy syndrome.

Whilst it’s a necessary stage in evolution, there is so much more that’s possible for us.

I want to share below one of many examples that have occurred in my life of how the ‘impossible’ is achievable. It starts with an open and curious mind that humbly acknowledges it doesn’t know the ceiling of what’s possible.

Have you had a mission so big that no one or nothing was going to stop you?

I was dozing off and in a half sleep state when Dalai Lama appeared before me . He was calling me to his teachings in Delhi. I woke up immediately. What teachings? I searched the internet but couldn’t find anything about it. I made it my mission to find out because no matter what happened, I knew I had to be in Delhi.

After much searching and being passed from pillar to post, I was speaking to someone who had just the information I needed. I was given the dates of the seminar but told I wouldn’t be able to enter, as it was a private function by invitation only.

There was a restlessness: I could’t let it go….

I hung up but couldn’t just accept what he said. There was a restlessness inside whispering there was more I could be doing.

I called back and asked for more details. He wasn’t forthcoming as he repeated ‘ you won’t get in’. I was persistent and finally he gave me the information and immediately hung up. I was so grateful I had exactly what I needed.

The knowingness that I had to be in Delhi no matter what was enough for me to change my plans (I had returned to the UK for a short visit) including my flight and return to India 2 weeks earlier than planned.

“Stop chasing rainbows” they told me

Some people thought I was crazy to go to this extent, without even knowing if I would get in or not. I wasn’t gambling because I wasn’t attached to a particular outcome. I was prepared for whatever happened. I just knew I had to go. Anything beyond that would be a bonus.

Unless you’ve experienced such certainty and knowingness which only your intuition can give you, it will seem like chasing rainbows to the rational mind.

It was 12.30pm on the 22 March 2013. I stood in the foyer outside the conference room in which the seminar was about to be held, watching the upper echelons of Indian society enter the room, richly attired. I was one of a handful of ‘hippie truth seeking’ travellers without an invitation.

It was now or never. I approached the lady at the door and told her my dream and my journey. She told me to wait outside. She returned 10 minutes after it started and said ‘I can’t let everyone in but after what you told me I have to let you in’.

What followed felt very surreal…like I was there and not there at the same time.

During the break, to my amazement, I saw people approaching the Dalai Lama and getting their books signed as he sat on the stage. I looked around. There was no security as there usually was in the stadiums filled with thousands of people in which he usually speaks. This was a much more intimate and personal setting with a maximum of 150 people.

I walked towards the stage with an openness and reverence that reflected the sacrifices I had made and the hardships I had so far endured in my search for truth. I had already been in India for 3 years.

I didn’t have a book to be signed but a mala that could be blessed. A fair amount of people had gathered around the stage. As he was signing someone’s book he looked up and then looked back down and said ‘What do you think about what I’ve said versus the ancient wisdom in this land?’. He then looked up and pointed at me. I didn’t know what to say. I couldn’t imagine having a deep philosophical discussion about Eastern philosophy with the Dalai Lama! I quietly replied : ‘Whenever you speak, I’m touched in my heart’. He asked his translator to repeat what I had said.

‘You know more than the guru, it’s all in you. It’s inside you.’ He kept pointing at me whilst repeating these words. He then took my mala, prayed with it and handed it over to me whilst holding my hands in his and laughing.

I returned to my chair as his words and the experience reverberated in my body and tears rolled down my cheeks. I couldn’t fathom what had just happened. It would be months and even years after before the potency of his words began to awaken in me.

That was the second time during my time in India that I personally met with the Dalai Lama but it wasn’t to be the last either. It turned out that that meeting was the stepping stone for my encounter with a spiritual master who was to guide me for the final two years I spent in India. Some might say it was luck or coincidence. Those that do stay trapped in their conditioned mind and rob themselves of the opportunity to experience the fullness and richness of life.

It all starts with believing in the ‘impossible’. Believe until you no longer need to believe because you know. Once you know, there is no doubt or fear; only certainty and action. From the experience comes wisdom and confidence. You expand your field of consciousness and new possibilities and ideas enter your awareness.

When you follow your intuition you are driven, on a mission and purposeful. Nothing or no one can stop you. You can’t go wrong because you see everything as on the way and not in the way.

There is no failure or mistakes…only freedom and fulfilment. Isn’t that what we are all seeking at the end of the day?